American Academy of Arts and Letters

My music comprises solo works, chamber music, orchestral work and music for film. I’m in the midst of commissions from members of Klangforum Wien and Court-Circuit, and I just finished my second work for stage, which was premiered in May at Le Laboratoire Cambridge. In recent seasons, I’ve been commissioned by Sound Icon, the Washington Square Contemporary Music Society and from Open Space. 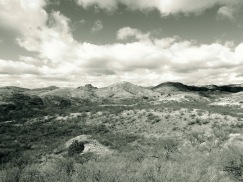 I regularly advocate for composers of all stripes as a performer (pianist) and as a director of the Etchings Festival for Contemporary Music. I’m also the Artistic Director of Ecce, a contemporary music ensemble. I was born and raised in the Southwest US, and so often my music takes on concerns related to that landscape and culture: ancestral concepts of time, appropriations of indigenous cultures into surrealism and impressionism, and the connections between native traditions and Greek and Roman mythology. Currently, I live in Cambridge, Massachusetts, and teach music composition at Clark University.

Awards and fellowships include those from the John S. Guggenheim Foundation, the American Academy of Arts and Letters (Goddard Lieberson Fellowship, 2011, and the Walter Hinrichsen Award, 2018), the Radcliffe Institute at Harvard University, the Koussevitzky Commission from the Library of Congress, the Fulbright Foundation (Grant to Germany), the MacDowell Colony, Tanglewood, the Aspen Music School, the Atlantic Center for the Arts, the Virginia Center for the Creative Arts, First Prize from the International Society for Contemporary Music, and many others.